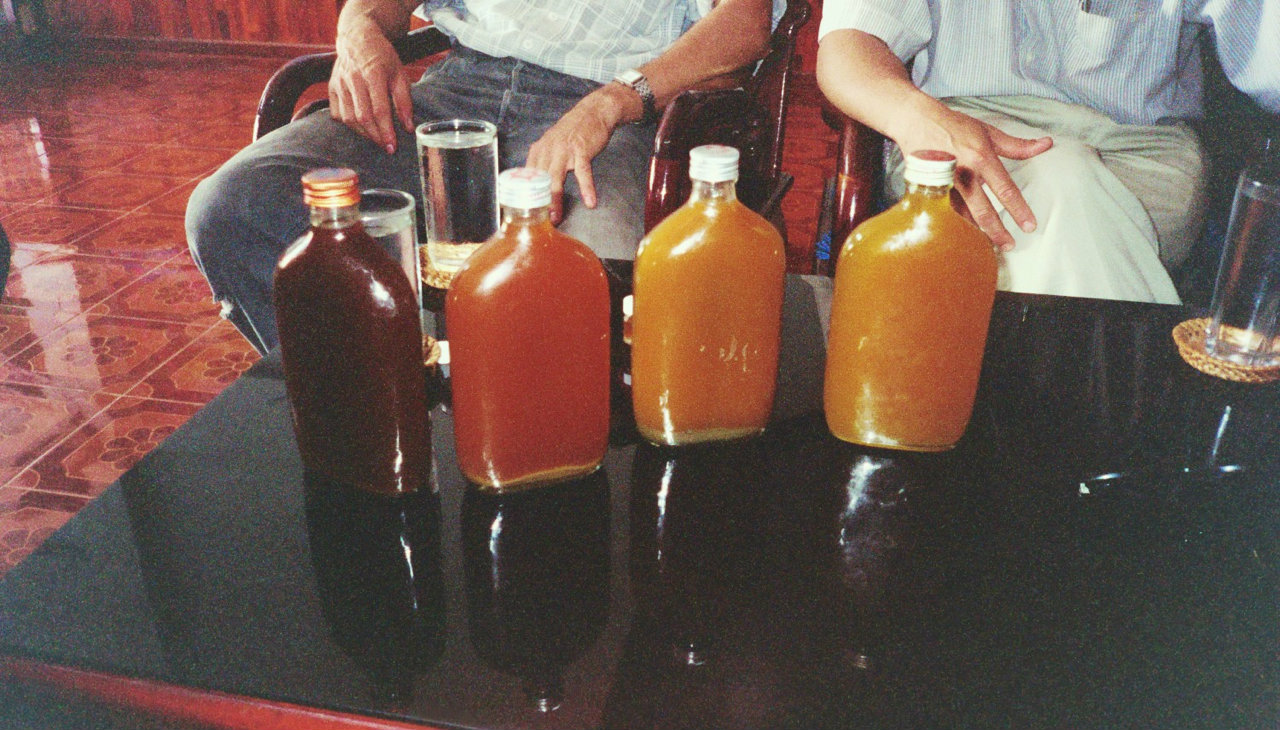 Agarwood, also known as Aloeswood, or Eaglewood, was my first real aromatic love. We met in 1989, when I was backpacking around the Middle East for fun with my friend. Spending a few weeks in Yemen (it was then North Yemen,) I was particularly enchanted with the perfumes shops and in Taiz I met a wonderful, friendly man, who put up with my million questions, and uncontrolled geeking. Before we left to get our bus out of town he gave me an empty aluminum bottle with the label torn off. He'd poured every last smidgen of oil out but it was still strong and sexy to me and I carried it around like a little pup with a toy until 1994 when I was back in Taiz, looking for that perfumer again. I never knew what it was I was looking for, never knew the name, or anything about agarwood or Oudh.

Ironically, earlier in 1994 I had gone meandering up a tributary of the Mekong River, in Laos. This is agarwood country, and I had no idea. I remember people getting on my little boat clutching antlers, or wood. But if any of that had in fact been agarwood, I never knew it.

When I presented myself to the Taiz perfumer in 1994, he remembered me, and was not so surprised I appeared again, full of questions. The name of the perfume oil was Dehn-al-Oud.

From then on it was a couple of years of slowly learning about oudh. From Bombay to Singapore to Thailand, I made a pest of myself, asking questions, smelling oudhs, buying oudhs, learning that I had bought a fake one, or a diluted one, over and over.

In 2000 I received an email from a Finnish/German man in Thailand who partnered with a distiller in Laos and was I interested in buying some of this oudh? I immediately offered to come to Laos to see the still if he would take me to it and in early 2001 I headed off to Chiang Rai with my friend to meet Christian.